Is one dollar enough?

Is $1 enough to make a living off of video games? There have been many many failures and few hits. I believe that you can make your game $5-$10, but is that a smart thing to do, giving how competitive the game industry is and the huge expectations that gamers have now days?

The problem I see is that many games sell for $1 that are worth a great deal more due to the complexity, originality and artistic detail that the devs have put into them. The sad thing to me is that gamers expect a lot out of games. If the game is not created by a large brand, they complain about the game being too expensive if it’s over $1.00-$1.99. Being an indie dev myself, I realize the extreme time and effort that these games need in order to be developed and it just doesn’t seem fair to make games that low in price..

Many indie games have made a good chunk of money recently though, for example Fortresscraft (xbox community game). The graphics aren’t amazing and definitely does not have the greatest physics in the world, but they were able to make several thousands in the first day. Was it luck, marketing, or were they smart about shipping close to Minecraft’s launch? If Minecraft never existed, would this game still have done as well? 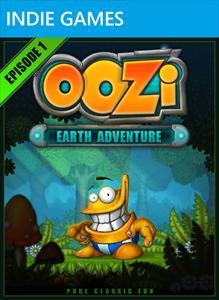 some games have played it smart like Oozi: Earth Adventure(a recent highly polished game on Xbox) by shipping each episode for $1. FortressCraft is doing this as well. I think that’s a great way to make some good income, if gamers don’t think about it being a $4+ game.

I’ve heard great things about phone games as far as revenue and it seems like a good way to go. Maybe $1 isn’t so bad when there are very few places to go to find games such as the ” App Store ” on the iPhone. Millions of people go to that every day to look for new and entertaining apps.

What about game portals on PC? I don’t know too much about the success rate for those, but it doesn’t seem like a very good deal to the developer. If your game costs $1, you only get 30% of that $1. Seems like a total ripoff to me and is competing with yourself when the portals create bundle packs dirt cheap and your game is included. If anyone has had good success with these portals, I would love to hear about them!

I suppose that if you have your game on the iPhone(ect) or Xbox community for a dollar, it could possibly get thousands or millions of people that could purchase your game in a short amount of time, but is that just an illusion to assume that you will actually make that much? It seems to be, considering all the games that can’t make enough money off $1 despite this possibility.

As much as I would love to see good games cost more than $1, I do not see the gaming community being lenient on this any time soon, and perhaps never…unfortunately. It is sad to realize that someone wouldn’t think twice about spending $2 – $5 on a quick snack, but they themselves cannot see spending over $1 on a game that will give them hours, or perhaps even days/weeks in entertainment.